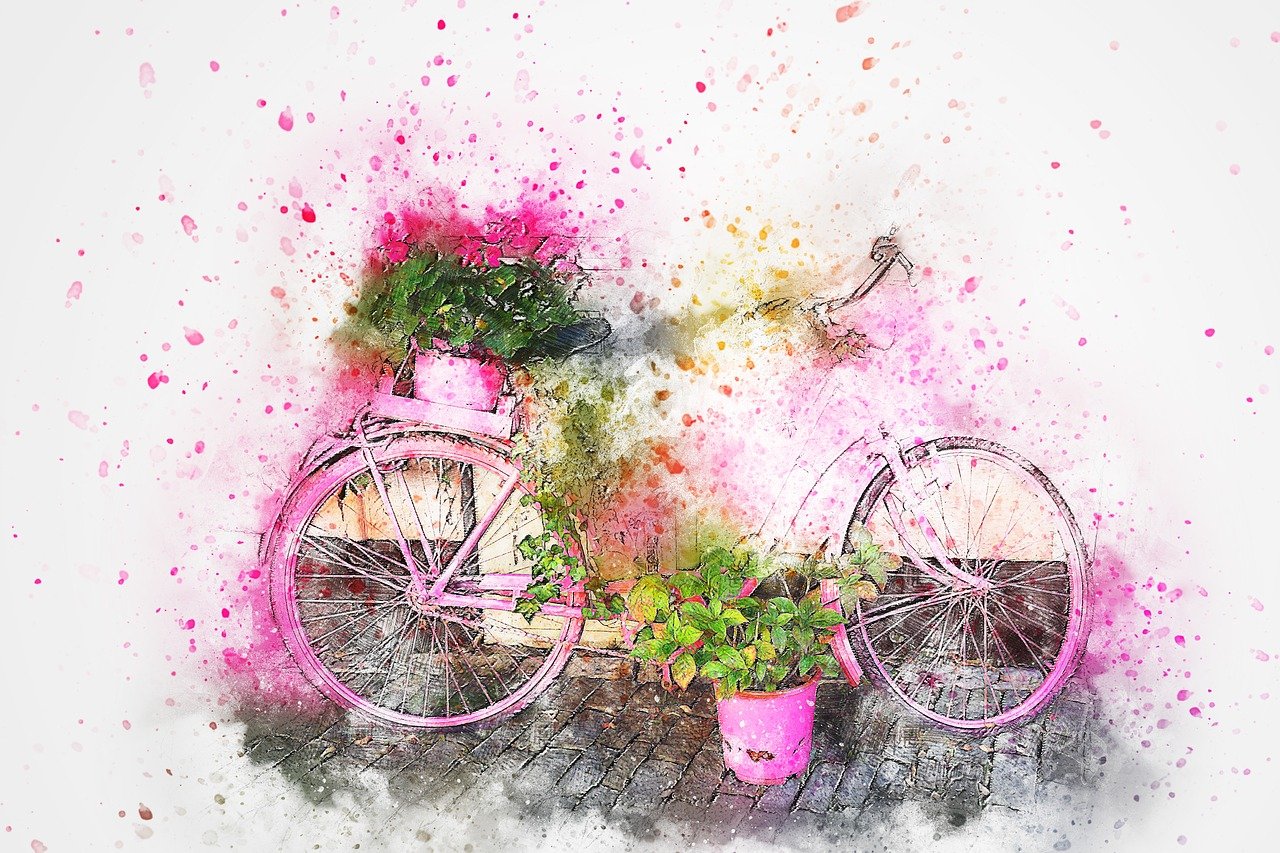 The digital art is a very young form of art that was previously found almost exclusively on the Internet. With the advent of the first PCs in the 80s and 90s, equipped with the appropriate graphic software, which made painting and designing with the computer possible, the first attempts to use the computer as an artistic medium began.

And since art always seeks a performing stage, the Internet became the platform for digital art. Very quickly a subculture emerged here, beyond the usual art channels. The variety and quality of the works shows a very wide range and there are many different terms in this context, such as: computer generated art, computer art, computer graphics, cyber art, photopainting, digital art or just digital art.

The artists themselves have started to name their works after the software they mainly work with. Similar to woodcut, watercolor or lithography, in digital art there are photopaintings, 3D images, vector graphics, mathematical art and mixed media.

Pieces of music composed by the computer, robots that paint, iPad drawings that in the end are nothing more than piles of data: What does digitalization mean for art? Far more than the need to re-discuss intellectual property and authorship. Ultimately, it will be about redefining art in a digitized world, regardless of the uniqueness of a work – starting with Walter Benjamin.

Walter Benjamin’s essay “The Work of Art in the Age of its Technical Reproducibility” would probably also be suitable for the annual lottery. At breakfast, one could read any single sentence from the over 80-year-old essay, and one would start the day with the feeling of having perhaps understood the postmodern world a little more on the one hand – and on the other hand being prepared anew to endure it for at least several hours at a stretch. Benjamin wrote about the increasingly dominant possibilities of technical reproduction of art through forms such as photography (since the 1830s) and film (since 1900), which in 1935 became art forms themselves.

He poses the inevitable question of how the potential of the fastest and at the same time best possible copy changes art itself and its perception. For him, the essence of a work of art consists above all in its “aura”, which means nothing less than: its unique history and its physical uniqueness. “To follow a mountain range on the horizon or a branch that casts its shadow on the resting on a summer afternoon -” Benjamin writes, “that is to breathe the aura of these mountains, of this branch.

The masses who seek diversion

Debates about “intellectual theft” or the legitimacy of streaming services have not been held in these years. However, the potential of this development is already reflected in Benjamin’s words: “Quantity has turned into quality: the much larger masses of participants have produced a different kind of share. It is the old paradox: “the masses seek diversion,” while “art requires the viewer to collect. For Benjamin, print was only a preform of photography, photography only a preform of film. But where society might find itself almost 100 years later was not clear to him: maximally overstimulated, littered, one could almost say, (almost) everything is immediately available everywhere, and especially this: art.

With the technologies of the 19th and 20th centuries, the character of art itself has undoubtedly changed. Thus, a part of this art would no longer have an “aura” in the Bejnaminian sense: films that can neither be experienced haptically nor are bound to a time and place of performance, or, much further still, digitally generated art: electronic music, digital photographs, pictures drawn on the iPad.

The opposite of free art?

The feature writer Georg Seeßlen even recognizes in the latter “advertising for the iPad, and definitely in a different sense than an oil painting is advertising for oil colors. In 2011, the magazine “konkret” published his essay “The work of art in the age of its digital squanderability”, based on Benjamin’s thoughts. This form of “new digital art”, writes Seeßlen, is “the opposite of free, uncontrolled, independent art”.

On the one hand, software and hardware giants like Apple made money off the artists. Moreover, this form of digital art is no longer the product of an autonomously acting individual, but rather arises in an “increasingly complicated process of dialogue between man and machine” or “between digital structure, machine and human body (software, hardware & wetware). This “amount of data”, which the resulting works of art are ultimately, is by definition not an “original”. The “aura” now consists rather in the mobility of art itself: It “arises from the fact that it appears where it should not actually be. Or even by its disappearance.” It loses its aura at the moment when one wants to “have” it. Like a ghost, which is a ghost even if one cannot grasp it.

In 2011, Seeßlen already thematized “Robot-Art“, in which robots either create art themselves or become art in themselves. However, the first song composed by an artificial intelligence was not released until five years later – an annoying song full of incoherent patterns and without any inner musical dramaturgy. A negative example. But composers such as Philippe Manoury from Paris, for example, use Artificial Intelligence in a targeted manner because, as Manoury suggests in an interview, it is both more predictable than human improvisation and no less surprising: when people improvised it was “usually either chaotic or too simple” for what Manoury had in mind. With a computer, however, it is programmable in which style he improvises, and at the same time, says the composer, “I never know exactly what will really come out in the end.

Uniqueness is not a criterion for art – it is also questionable whether it ever was (after all, not everything that is unique is therefore a work of art). The print of the Van Gogh Starry Night or the recording of a symphony by Gustav Mahler do not take away the quality and artistic status of the original or the concert experience, let alone the score.

For music is perhaps the key to an understanding of art, within which even digital works of art are not simply pixel piles: Because a score does not sound. In order to make music experienceable, a place, a time is needed, and within this time, the interpretation. The latter is always unique, full of individual decisions, influences and preconditions. The “aura” of a piece of music is therefore never given to him from the outset, but rather arises only at the moment of sounding.

The relationship between art and transience

No artist acts anymore to counter the passing of time with something lasting, which thereby acquires history and “aura”. Music is always feasible and a recording can always be reproduced. But an interpretation, that which turns the noted black dots into art, is never reproducible. The artistic potential of the work is eternal, its artistic creation unique each time. “Finiteness” is thus a term without content, even in a digital world. Man, since he himself is not immortal, is in the process of digitally developing an existence that (theoretically) defies eternity on his behalf. The digital is the score, and digital art is its interpretation.